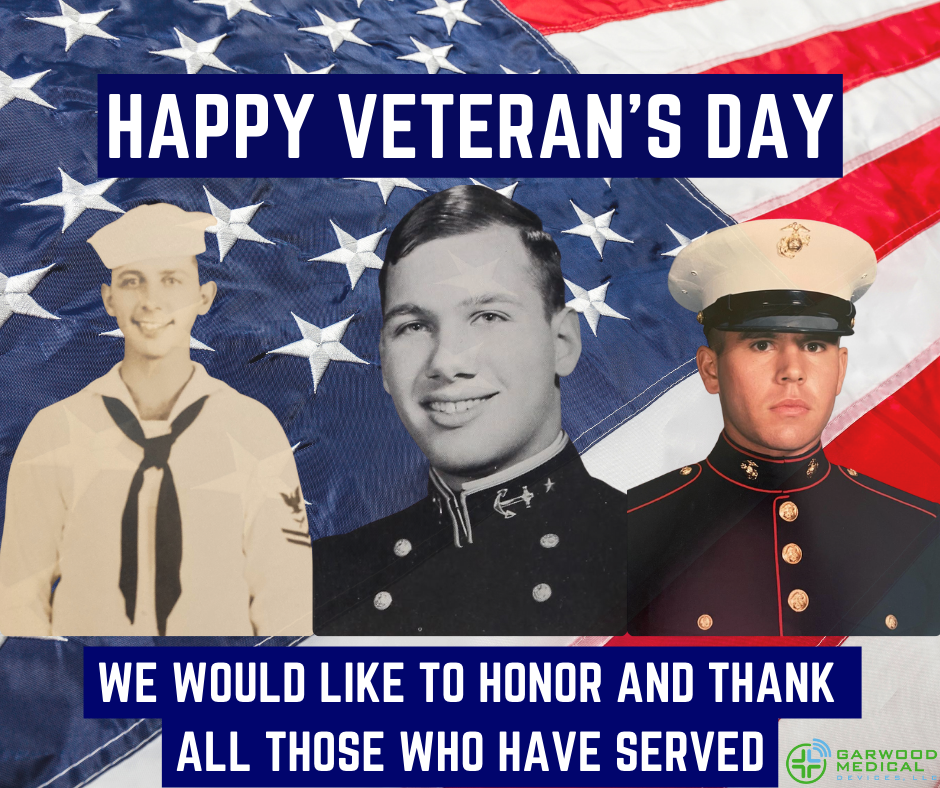 Garwood Medical Devices, LLC would like to thank and honor all those who have served on this Veteran’s Day

Veteran’s Day is very special to Garwood Medical as our company is named to honor two veterans and our principal firmware engineer has served as well.

The namesakes of Garwood include our President/CEO Wayne Bacon’s father W. Garwood Bacon, Jr. and brother Garwood William Bacon, both of whom served in the navy. Jason Maranhao, our principal firmware engineer, also served in the military.

As we honor all veterans today we would like to take the time to share our veteran’s stories. 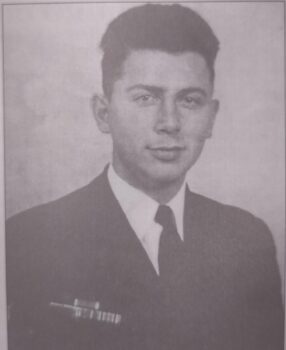 in 1941 and was rated as an E-5 2nd class yeoman. He started his service in February of 1942 as a driver for officers investigating waterfront activities. In 1943, he transferred to the fifth Naval District and was assigned by request to the beach battalion program in Virginia. He then was in the leading Naval Beach Battalion which had about 50 officers and 500 men because of his rating.

He and his Naval Beach Battalion left for the invasion of France in May of 1944. On June 6th, Garwood landed on Omaha Beach with the ‘0’ group of the 7th Beach Battalion. After their landing craft struck a mine, he another sailor, Jonakin, saved 15-20 men who were either injured or couldn’t swim. Later that day, he was struck in the head by ‘88’ shrapnel, causing him to lose his vision, and had to wait until the beach was secured to be evacuated for treatment.

Four days later in London, he received x-rays and pieces of shrapnel were removed from his skull. One of these pieces measured about ¾ of an inch by ? of an inch and weighed approximately ½ an ounce. After this first surgery to remove the pieces of shrapnel, he was put on a train in an attempt to find an army hospital.

He was sent to the wrong location and was 60 miles from the nearest army hospital. He received new x-rays and examinations which lead to a second surgery to remove bone and shell fragments. After doing so, they inserted a large titanium plate during an operation of approximately 5 or 6 hours. Later that year, in September, he was sent to Jamaica, New York for a third and final operation.

Garwood received a Purple Heart, a Bronze Star with 2 presidential citations from Rear Admiral Stark, Commander of European Naval Forces, and Naval Secretary Forestall awarded to him at Lido Beach, Long Island, New York. He also received an army unit citation awarded after WWII as a member of the 7th naval beach battalion attached to the 149th engineer combat battalion, a member of the ‘O’ force. Only 10,000 of the entire invasion force were involved in this unit.

Garwood William Bacon reported to the US Naval Academy in 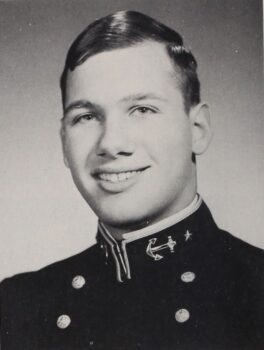 1964, two weeks after graduating high school as class valedictorian. He attained the Company Commander position in his first-class (senior) year due to his fine performance, versatility, and friendly disposition. He graduated in the class of 1968 and went on to earn a master’s degree in aerospace engineering from Princeton University on a Guggenheim Fellowship. He later earned the “Tail Hook Award” for excellent carrier landings and the “Bull’s Eye Award” for target bomb accuracy.

He was on the USS Nimitz off the coast of Scotland performing a refueling exercise on August 23, 1975. The F-4 Phantom he had just refueled, struck his Grumman A-6. Due to this collision, he and his navigator were lost at sea. He was to be named pilot of the year by Attack Squadron 35, a specialized A-6 intruder aircraft training unit. In addition, he was in line to be named pilot for the first or second space shuttle.

After graduating from high school in 1991, Jason Maranhao 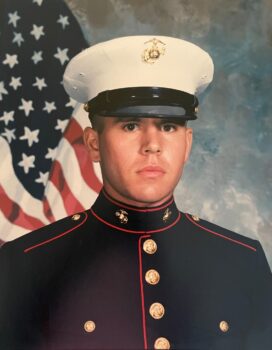 attempted to attend college. After failing out on a few courses and not taking them seriously, he and his best friend decided to join the Marines in 1993. After 13 weeks of boot camp (the longest in the US military) and earning a Sharpshooter level of marksmanship, he transferred to complete his specialty training at Anti-Tank Assaultman school.

At this time, he was trained to handle and use shoulder-launched rockets and explosives and to be able to identify over 80 specific tanks from various countries around the world both new and old. Upon his graduation, he was attached to the USMC Reserves unit 1/25 (1st Battalion, 25th Marine Division) Heavy Weapons Company based out of Camp Edwards base on Cape Cod. They were designated as a cold-weather specialty infantry unit. For cold weather training, they were issued and trained to snowshoe and cross-country ski while in full combat gear in white camo. They also trained in Fort Drum, NY with temperatures down to -30F. To carry their supplies, each squad pulled a sled through the snow.

For one training operation, he traveled to northern Norway (300 miles above the arctic circle) to conduct simulated combat with several northern European NATO countries. After completing 8 years of service, he was discharged as a Corporal in 2001.

As we share our thanks and appreciation for our veterans, we would like to extend them to other veterans as well. Garwood Medical Devices, LLC would like to honor and thank you all for your service.