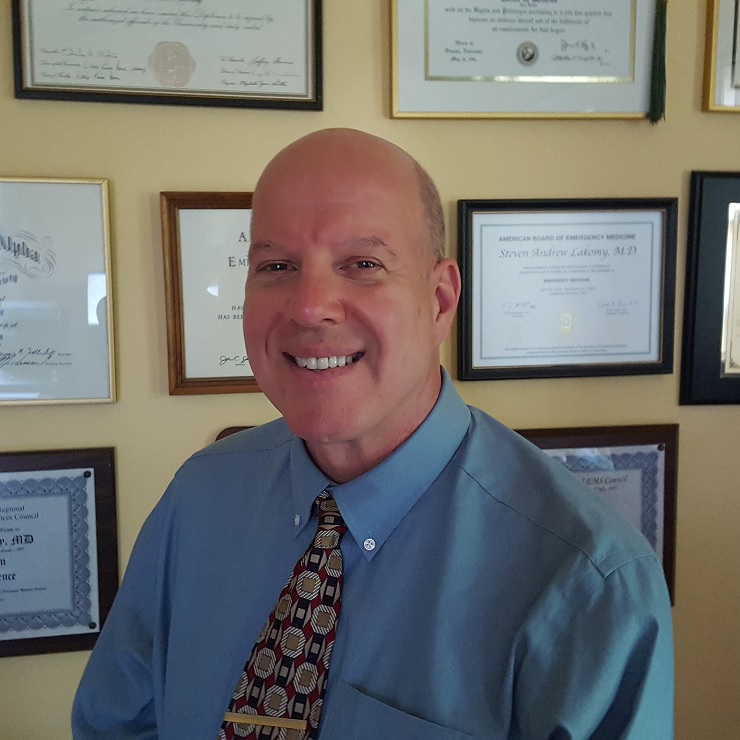 Steve Lakomy, MD, AOA, FACEP graduated from the University of Buffalo before continuing on to obtain his Doctor of Medicine degree from Creighton University School of Medicine in Omaha, NE. After emergency medicine training in Pittsburgh, PA, he worked briefly in Houston TX. He returned to Buffalo in 1988 where he spent the next 30 years practicing emergency. He served as Director of the Emergency Department at St. Joseph Hospital. He was one of the founding partners of Buffalo Emergency Associates which staffed all of the Catholic Health System’s emergency departments. The group branched out to staff emergency departments in several upstate NY cities as well as hospitals in Pennsylvania, Arkansas and Arizona. In 2006, the group opened their first Western New York Immediate Care, eventually dominating the local market. WNY Immediate Care later branched out to Rochester, Ohio and Austin, TX. He is a member of the American Medical Association and the American College of Emergency Physicians. He has served on several local philanthropic boards.